Snapshot of a Life

My mum, Glenys, died a year ago today. It was not unexpected. She’d lived with dementia for more than twenty years, survived several near-death episodes, and had remarkable strength of spirit that kept her going, but this time she was irredeemably frail and had finally stopped eating before Christmas. For more than two weeks I kept vigil at her bedside; it was clear she would not see much, if any, of 2020. Given the subsequent traumas of the pandemic, I’m thankful she did not and we were able to have those precious last days together.

So I’d had many years to prepare, practically and emotionally. I’d already done so much of my grieving. But when the time came to write her eulogy, it was a challenge. Not the writing itself - as a professional scriptwriter, it’s been my job to condense vast swathes of narrative into a pithy broadcast slot, to weave multiple story strands and themes with a broad canvas of characters. But this was my mum. How could I do justice to her 93 years of life – nearly half before I was born – and honour the person she was, beneath the dementia that had eroded her own memory of herself?

Mum had lived for nearly a decade in care, and although I’d tried to keep up with friends on her behalf, she’d lost the ability to engage with them directly and maintain an ongoing relationship.  As an only child and the only remaining close family, I had long since become the custodian of her identity: writing up the bare bones of her life story as background for care staff at her nursing homes, creating a photo album to archive memories that no longer lived inside her head, advocating for her to services and in legal terms, to determine her “best interests”.  But I was painfully aware that this could never capture all that my mum was – and all that Glenys had been, before she took on that role.

A person’s life in action is a kaleidoscope of experience, feeling, and collective memory, drawn together from fragments of many sources.  It evolves over time, with the addition of new colours and textures, the view constantly shifting.  Now there was only one source – me - and that kaleidoscope had crystallised somewhere in the early 2000s, when mum was last “herself” and properly knew me as her daughter.

Of course dementia professionals will tell you a person is still themself throughout their lifetime; it depends what we mean by “herself” - we have to learn to accept that in the moment, whatever it may be. And this is the difficulty for family. How do you reconcile the spirit of the person you knew, before dementia took its hold, with the physical person who remains present for maybe decades after, as my mum did? 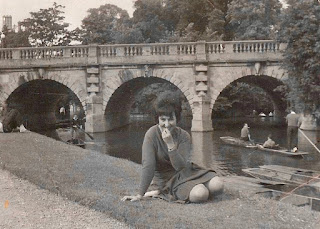 A few years earlier, when struggling with the most turbulent stage of mum’s forgetting our shared life and my very existence, I wrote a play that aimed to explore this emotional and philosophical challenge. Once she had died, however, it became a question of drawing all that together in a valediction of no more than ten to fifteen minutes. Fifteen minutes to sum up a life. I realised that it would have to be a snapshot, not a feature film, and started with the tangible… 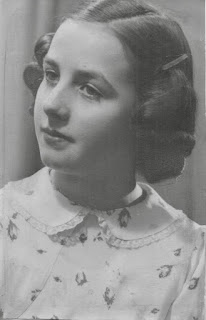 An only child, like me, Glenys was born in Chorley, Lancashire, to Welsh parents, Margaret and David, whom she adored; her first language at home was Welsh. Chorley was still a mill town in the 1930s, and she remembered the “knocker-up” going along the street, tapping on the windows to wake the mill-workers.

Mum showed an early promise for singing, and began to train from childhood, when a neighbour, who happened to be a music teacher, heard her singing in the hallway. She quickly began to win prizes, including an engagement to sing on the BBC radio programme, Children’s Hour. The song she sang was ‘The Trout’ ('Die Forelle') by Schubert, which stayed in her repertoire when she became a professional; I used it in my radio play, The Things We Never Said.

After Chorley Grammar School, she was all set to go the Royal Manchester College of Music, where she’d already been a part-time student, but it was during WW2, and her parents were worried she’d be called up into the services.  Her father was a teacher (a reserved occupation), so she was encouraged to follow in his footsteps, training at St Mary’s College, Bangor, in North Wales, with relatives nearby.

She had some regrets that she had allowed herself to be persuaded into this, later thinking that she might have had more exciting opportunities to further her singing career in ENSA, the Forces’ entertainment service; but she enjoyed her time in Bangor, making good friends there, and turned out to have a gift with children. 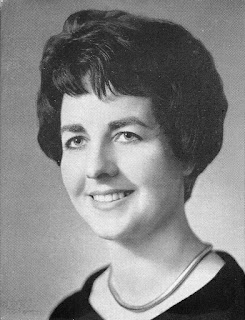 After the war, her parents, who had always been homesick for Wales, moved back to the Llandudno area, where most of their family lived. Glenys moved down to London with a number of fellow students from Bangor, and worked as a supply teacher, while resuming her training as a singer. She pursued a professional singing career in the 1950s and early 60s, performing oratorio and Lieder, mostly in Wales and the north of England. Janet Baker (now Dame) was one of her contemporaries on the Northern choral circuit.

It was while she was appearing in a concert in Oxford that she met my father, Wai Kwong Ho. Born in Shanghai, he had come to the UK to study nuclear engineering at Imperial College, London University, and was at that time working at Harwell atomic research centre, near Oxford. He and mum found themselves staying in the same boarding house, and the rest is history! 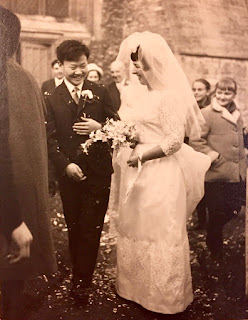 They were married in Oxford and began their life together on the remote Romney Marsh in Kent, where dad had been appointed to the newly opened Dungeness Power Station. I was born a year later – on their first anniversary, in fact! – and mum became a full-time primary school teacher.

Just before my eighth birthday (a time of power cuts and three-day weeks), we moved to Cheltenham in Gloucestershire, where the Central Electricity Generating Board, for whom dad worked, was opening a new headquarters. From that time to her retirement in 1990, mum taught at a local primary school and I accompanied her there for the first three years.

Anyone who knew her in those days would recall her warmth, generosity, kindness, and sense of fun. If she saw the ice cream van stopping outside the school, she would go out and buy ice creams for her whole class. The Christmas stockings she made with the kids, and filled with treats, became a much-loved tradition. One year she sent me out to buy the stocking-fillers, including jumping beans that were a fad in those days.  I had a terrible time trying to count them out in the shop, because as soon as my hand was getting full, they would all jump out! (We couldn’t use them anyway, as it turned out, because they looked too much like antibiotics – a choking risk…) 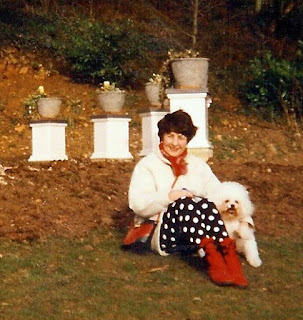 She loved music and theatre, animals (specially small dogs, like our little bichon frisé, Dill), perfume, sunbathing and the seaside, and was most particular about her hair, taking day trips up to a top salon in London after she retired, and enjoying the whole experience as a social occasion.  All the shop assistants in town knew her, because she loved to talk, particularly in the jewellers’; she loved to look at pretty things, and to buy presents for me. Not just expensive things, but endless small trinkets from practically every trip into town, that said I was always in her thoughts. Keepsakes I treasure to this day.

My beloved dad, Wai, died of cancer at the age of only fifty-two, nine months after diagnosis, when I was in my final year at university, leaving mum widowed just before retirement and in the year that I left home.  With hindsight, I believe that shock was the trigger for her earliest symptoms of dementia, heralding decades of escalating trauma that heartbreakingly took her memories, affected her personality, and ultimately made strangers of us.

Sadly, she did lose some friends over the years, because of her condition; but others proved touchingly loyal and have kept in contact with me to the last.  In her latter years, I was immensely grateful for the kindness and dedication of staff who looked after her in two care homes; we could not have managed without them. Given mum’s great age when she died and her many years away from the outside world, I feared her funeral would be sparsely attended, but was moved to see many of her old friends and carers there – and to know that I was not the only person to remember her. 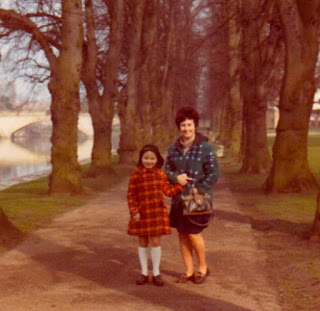 Of course, this snapshot is subjective. We editorialise all the time. If mum had continued to live for those last twenty years without dementia, the kaleidoscope would have turned. My memory of her would have evolved too, with imperfections as well as virtues, and all the secrets she took to the grave that even she had forgotten by the time she died. There’s much more to be said about mum and my relationship with her; I’m sure I’ll write about it again. But for now, today, I’ll just say this: nos dawch, cariad!  Goodnight, my lovely mum. xx
Posted by Ming Ho at 16:47