My mum is 86, has mid-stage dementia, and has been in residential care for just over a year*.  A former singer and teacher, she was for most of her life meticulous in her appearance, a smart hair-do being top priority.  In retirement, she regularly travelled 100 miles to a top London salon for the best cut and relished the social occasion.  As she got older and frailer, she became reluctant to make the effort for doctor, dentist, optician, or chiropodist - but remained hell bent on those crucial trips to the hairdresser!

Then suddenly, a couple of years ago, she developed paranoia about submitting to the experience.  I found it increasingly hard to persuade her, and finally she refused.  Her grooming declined, and with it her morale and sense of self; I became worried about her personal hygiene, but had to concede that raising the subject caused her greater trauma.

So when she entered care, I was pleased to find there was an in-house salon, and signed mum up for a weekly blow-dry and bi-monthly cut; I hoped that staff, with expertise and back-up from colleagues, might be able to coax her. 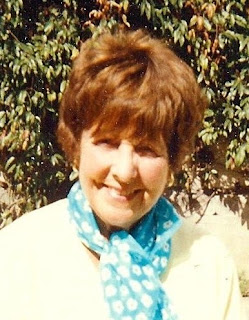 It was not an instant success.  Moving into care is a big step for anyone, and the cognitive difficulties experienced by those with dementia often mean that it’s not possible to prepare them in advance.  It was clear that mum would need a lengthy period of adjustment, during which it would be unwise to put her under pressure; she needed to feel she still had autonomy and respect.

Each week, staff would ask if she would like to have her hair done.  And each week she would say no.  Sometimes she’d agree, but say that she didn’t feel like it today; throughout the week, she would then tut to herself at “this hair!” and resolve to “get it seen to”.  But by the time the next appointment came up, she would have changed her mind.

One year on, I had begun to despair that this block would ever be overcome.  But Sally, the unit manager, didn’t give up.  She and mum have a good rapport and Sally was prepared for the long game.  She noted that mum tended to be more amenable in the mornings, and primed the hairdresser to stand by to act on the spur of the moment.

Sally knows the foibles of all her residents and uses a different approach with each – formal or informal, jokey or serious, gentle or firm – to make them feel most comfortable and secure.  My mum, she noted, liked to pay compliments, often telling Sally that her hair looked nice. So Sally mirrored this, asking if she had always worn her hair as long as it had become?  No, admitted mum, it never used to be like this...  “Wouldn’t you like to get it washed and cut?  I’m sure you’d feel much better.” 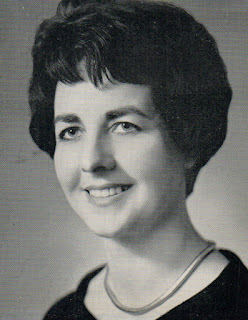 But was the hairdresser any good, asked mum?  She would only go to the best. “Well, I wouldn’t recommend her if she was rubbish!”, said Sally, “She’s cut my hair.”  Through light banter, she skilfully planted the seed that having her hair cut was not only a good idea – but mum’s own good idea.

At last it all paid off.  One morning, Sally brought Kate, the hairdresser, to mum’s room.  “Look who’s here”, she said.  “You know you wanted your hair done?  Well, I’ve managed to get her to save a special slot for you; she could do it for you now.”  And, amazingly, mum got up and went without any protest!

To people who don’t have dementia, this would be no more than a mundane, weekly event.  But for my mum – and for me – it was a major breakthrough.

The loss of short term memory in dementia makes it extremely hard for carers to adhere to fixed appointments, which a person cannot anticipate or prepare for; it takes flexibility to respond to their needs, instead of trying to make them fit into a routine - while paranoid fears and delusions require special understanding and sensitive treatment.

It is sad that any positive incident, such as this, is likely to be soon forgotten by the person with dementia and maybe not repeated.  It can seem a thankless task.

But Sally got a huge sense of achievement from helping mum with this very personal progress; and it meant a great deal to me to know that my mum’s hair (once her crowning glory) was now clean and styled after more than a year of her own neglect – and that Sally had cared enough and taken the trouble to persevere.  These qualities of empathy, patience, and instinctive, practical psychology are what we all hope to find in care for our loved ones.


This feature was first published in the January/February 2013 issue of NAPA Living Life Magazine, under the title 'Haircare: A Daughter's Story'

*Update: mum died in January 2020 at the age of 93.  She had been in care for over eight years; I'll always be grateful to the many staff who looked after her during that time. Low pay and poor working conditions in the sector are a gross injustice to the varied skills and compassion shown by dedicated care workers. Government and society should hold them in far greater esteem.
Posted by Ming Ho at 19:55