In my previous post I discussed confabulation, a lesser-known variant of delusion or hallucination, which can be experienced by some people with dementia. The challenge these symptoms pose to carers is how best to respond, in order to minimise distress?

Broadly speaking, there are three approaches:

Reorientation: attempting to reassert the factual truth, to override the delusion.

Distraction: changing the subject or focus of attention, to make the person forget the delusion.

Collusion: accepting the delusion and going along with it. 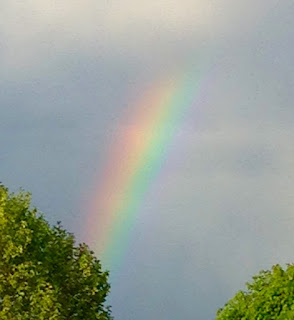 Any one of these approaches may be applied at different times and in different situations with the same person; you may find that one or other is more effective with their personality, or in the context of a particular relationship; and there may be no consistency – what works on one occasion may not on another, even moments later.

In my experience, reorientation is ineffective beyond the earlier stages of dementia; distraction too can be of limited use, if the person with dementia is inclined toward obsessiveness and cannot easily be diverted.

There are also ethical questions involved in each decision, either to disabuse someone of a (perhaps comforting) delusion or to collude with their misconception; and we may consider the significance of whether the respondent is a family member or a professional – in whom do we place greater trust for “truthfulness”?

In summer 2014 I was invited by the Mental Health Foundation to give testimony at their inquiry, Dementia and Truth-Telling. This was a major study into the ethics and practicalities of responding to altered states of perception in those with dementia. I was asked to consider a literature review commissioned by the Foundation, to discuss the contents and make observations from my experience.

These are my headline points:

There is of course a wider philosophical question, “what is truth?”, for “truth” as a concept is largely subjective. But for our purposes here, I use the term to mean fact: when responding to a person with altered perception, should we assert fact or not? 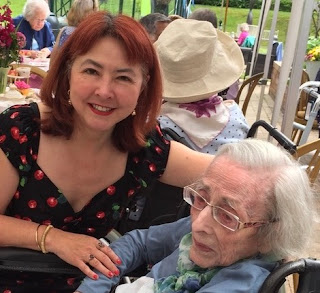 I would say context is key. Acceptance of benign misconceptions can sometimes be justified, if this acceptance allows the person with dementia to feel more content or helps them to be compliant with necessary actions for their material good (e.g. eating/drinking, personal hygiene, medical treatment, accepting admittance to a place of safety, allowing responsible management of their financial affairs) – and if such delusions are not themselves harmful or do not create material difficulties.

For instance, it would not be helpful to collude with a delusion that a friend, family member, or tradesman has stolen from the person with dementia or otherwise done them harm, if there is no evidential basis for this.

Constructive collusion or “white lies” may however be easier and more effective for professionals than for family, because they have no shared personal history to create a knock-on effect.

Where the carer has an emotional investment in the veracity of what is said - a shared history and ongoing emotional relationship with the person - the issue is much more complex. See my post, It's (Not) So Funny How We Don't Talk Any More.

I cannot see a justified role for proactive lying in daily care – i.e. deliberately creating an untrue version of events for reasons other than the contentment and well-being of the person with dementia. If someone is already experiencing paranoid symptoms and is generally mistrustful, it seems doubly important to me not to give them any cause for justified mistrust, if this can possibly be avoided.

For that reason, my own approach is largely to be reactive to my mum’s beliefs and expressed thoughts, rather than proactive. If she asks me a direct question, I try to be as truthful as possible, while perhaps omitting or steering her away from the more distressing details of that truth.

For instance, if she asks where “Daddy” is (either my father or hers), I will say “he’s not with us any more” and hope she will leave it at that. If she goes on to say, “He’s not dead, is he?”, I will say yes, but in as low-key a way as possible. I will not proactively “remind” her, nor make a big deal of her having forgotten, nor go into any details unless asked, as that is likely to distress.

I generally try to accept whatever she believes in the moment, unless it has a negative result for someone else – e.g. an accusation of wrong-doing against an innocent party (myself included).

Emotion is more memorable than fact. 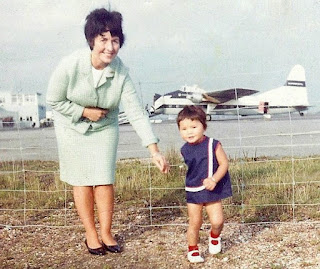 Dementia erodes a person’s capacity for reason, logic, and factual memory. Emotion is what remains. Therefore, a person with dementia will be more likely to register an emotional impression than the factual content of what is said or done.

Negative emotions, such as fear, anger, hurt are unfortunately more powerful than positive emotions in my experience. My mum will remember being upset far more readily (and for longer) than any pleasurable incident.

So it’s more important to me to support her in feeling content, than to reinforce any factual message. Whether this involves “truth” or “lies” will vary according to context; the content is relatively unimportant, as it will be instantly forgotten – it is the emotional impression (if anything) that will be retained.

It’s noted in the Literature Review (pgs 22-23) that less time is spent by carers on social interaction than on task-based care. While I would agree that time and resources are the main determinants here, particularly for professionals, I would suggest that a feeling of being powerless to ameliorate mental distress is also a factor.

Beyond a certain stage of dementia, it seems that nothing can truly answer the fear, hurt, and loneliness in a person’s head, because it is impossible to reason away fears, and efforts at emotional comfort are limited by the difficulty of being unable to acknowledge the truth of distressing life circumstances.

Therefore the family carer may tend to focus on practical things, as these are elements where some positive difference can be made.

The principles of contented dementia and compassionate communication are now routinely espoused in public (in media, specialist literature/websites, and by some professionals), to the extent that dissent can be perceived as unacceptable.

These principles can roughly be summarised in layman’s terms as: don’t ever argue with or contradict the person with dementia; enter into their reality and accept that they can’t enter yours.

While I would agree that this approach can be helpful in promoting contentment in the person with dementia, I think the potential negative effect on the family carer is largely unacknowledged.

If, as the primary carer, you feel constantly told by everyone that your reality does not matter, it can seem tantamount to being told that you don’t matter; and any distress, frustration, grief, or resentment you may feel is selfish, ignoble, and to be stifled, because it is “bad for” the person with dementia.

This can be hugely destructive to the carer’s mental (and indeed physical) health. It can lead to the carer effectively living under similar conditions to those of domestic abuse: e.g. always subservient, walking on eggshells for fear of upsetting the other person, constantly censoring or modifying their own words or behaviour, denying their own needs, isolated from wider family and friends (of whom the other person may be jealous or mistrustful), and trapped in the house (by the other person’s separation anxiety or paranoid fears).

A constant negation of the primary carer’s factual reality can lead to their feeling that they have been “erased” from the outside world. This can be mitigated to some extent by other family and friends supporting the carer’s “real” life; but for a sole carer in a domestic setting, the long-term effect can be catastrophic.

I would like professionals (and lay commentators) to acknowledge these issues and consider the holistic good of both parties, when advocating the principles of “Contented Dementia” in the home.

See my posts, Paranoia - and the Other Fear That Dare Not Speak Its Name and A Stranger in My Home Town.

In recent years, artificial retro environments have become fashionable in some care homes and developments. I can see that it's a positive approach to try to accommodate and support the perceptions of the resident; and artefacts from the time of a person's youth may create a familiar ambience and trigger memory for some people some of the time.

But I'd beware of investing too much (effort, faith, and finance) in such things, as they can become management gimmicks, not truly responsive person-centred care - which primarily requires human interaction.  A "one-size"  time-zone (e.g. 1950s street) is unlikely to chime with the mindset of all the residents all of the time - there may be a range of ages within a residential group, and even for the individual, different eras may be important (or conversely meaningless or disturbing) at differing stages of their condition.  And how often can a home afford to update decorative features in response to changing social needs, when most now struggle to meet daily running costs?

Given how hard it is to second-guess a person's internal reality in the moment, it's really not possible to create a consistent (and future-proofed) "alternative reality" that will answer all the confusions and insecurities attendant on dementia; and a fake environment, however well meant, is fundamentally dishonest.

I have said that I don’t proactively lie, only “collude” or lie by omission when necessary for mum’s peace of mind. But there was one very big exception, which posed a terrible dilemma for me.  I’ll return to that in another post…