In February 2013, the UK Alzheimer’s Society launched a report into “attitudes on choice, care and community for people with dementia in care homes”.  What did they call it? ‘Low Expectations’. This report has been widely quoted in the UK media, with negatives firmly to the fore.

“Less than a third of the public believe [sic] people with dementia are treated well in care homes”, screamed the headlines. “Only 41% of relatives reported that their loved ones enjoyed good quality of life”.

Then, buried as a caveat, “Despite this, three quarters (74%) of relatives would recommend their family member’s care home”.

Record numbers of people with dementia in care homes 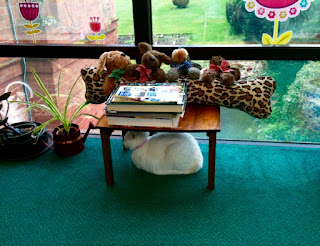 What are we to make of this apparent contradiction?  Are we to infer that 74% of relatives are so uncaring and feckless as to recommend a place that makes their loved one’s life a misery?  The Alzheimer’s Society chooses to extrapolate that those relatives have “low expectations” and therefore settle for substandard care. That’s the impression left by much of the news coverage and commentary. No wonder “dementia is the illness most feared by people in England over the age of 55” (Government NHS Mandate, updated 2014-15, pg 12, 2.12).

But let’s examine these statements. Firstly, the results of any survey can be hugely influenced by the phrasing and choice of questions.  This one appears to have focused largely on the respondents’ impressions and fears, rather than any objective assessment of their relatives’ situation: “less than a third of the public believe people with dementia are treated well in care homes” is a somewhat different qualitative statement than “less than a third of people are treated well in care homes” – yet the casual reader or listener could be forgiven for assuming the latter.

And I would suggest that the conclusions drawn by the Alzheimer’s Society are not the only possible interpretations of this data.  If I had been one of the respondents, I would have said that my mum enjoys as good a quality of life in her care home as possible in her circumstances; but that her overall quality of life is not good.  That’s not the fault of the care home; she’s materially better off there than she was on her own at home in recent years. But for a long time her quality of life has been compromised by dementia.

Thus I can well understand why far more people were willing to recommend their relative’s care home than could honestly say their relative has a good general quality of life.  The latter is not wholly dictated by the former.  The condition which brought them into care is at least as crucial a determinant. Q&A surveys are not equipped to record or communicate such nuances or ambiguities. Answers can also be manipulated to fit a pre-determined theory or agenda.

I know there’s a great drive to promote the idea that people can “live well with dementia”, and certainly we should fight for improvements and innovations in care across the board to enable this; but for many in the latter stages the reality is closer to “existing tolerably”. It’s misleading (and I think potentially harmful) to imply that this can always be transformed by good external agency – and to make relatives feel that if it’s not, that’s a failure of will, “expectation”, or resources.  Dementia is tough, whatever you do.  Let’s not beat about the bush.

So I was frustrated by the slant of this report commissioned by the Alzheimer’s Society and disappointed by the BBC TV season, ‘When I’m 65’, screened in autumn 2012.

‘When I’m 65’ (and within it, the series When I Get Older) was a well-meaning initiative to raise awareness of issues faced by older people, including dementia and residential care. Celebrities such as Gloria Hunniford, John Simpson, Tony Robinson, and June Brown were sent for a few days to share the experience of care home residents and asked for their impressions.  The dominant theme was being “humbled” by what they learned; and while there was some attempt to find positive factors, their personal reaction was mostly shown to be one of dismay at the perceived loss of liberty, autonomy, and homely comforts - the restriction of lives.

There was little corresponding sense of what those lives had actually been like before the residents entered care - the kind of long-term decline and repeated crises that often lead to such a decision, and the relative benefits of being in a safe place with 24-hour company, instead of being in many cases alone, hungry, dehydrated, perhaps confused or paranoid, and at constant risk of harm.

The celebrities were invited to empathise for the course of the experiment, but in my view they projected their own expectations and background a little too much into their judgment of what they witnessed; and although some changed their viewpoint to a small degree, we were left in little doubt at the end that they simply considered themselves fortunate not to be faced with these issues for real and didn’t foresee they ever would be.  They tended to assume that their relative wealth, status, and loving families would protect them.  “I suppose I’ll rely on my children to make sure it never happens to me...” (The implication being that the families of the residents they had met had somehow cared less?)

This conclusion was not challenged by the producers – there was no onscreen presenter to put the argument that conditions such as dementia are no respecters of money, status, intelligence, talent, or belovedness; that residential care can be a relief and improvement on previous traumatic circumstances created by illness or disability; or that refusal to face the possibility of one's own decline, and share responsibility for it, can be selfishly short-sighted.

The BBC used familiar faces to front these programmes, in order to make the issues accessible.  Identifying with these figures, viewers were asked to consider how they might face care needs.  But in allowing the celebrities to revert to default setting – “Ooh, isn’t it terrible!  Poor things!  But it won’t happen to me” – the original fears and preconceptions the season set out to question were ultimately reinforced.

So long as media stories, surveys, and even charity and government initiatives continue to perpetuate a dread of care (and of diagnosis, which I'll address in my next post), thousands more will avoid discussing care needs with their families and professionals, fail to make plans, struggle unnecessarily without help - and still end up in crisis.

Yes, we need more and better services; there’s plenty of room for improvement.  But we won’t get it by looking the other way, sticking our fingers in our ears, and choosing to believe that it’s “low expectations” that are responsible for poor quality of life.